For over 20 years, Narz Systems has been implementing successful electrical and automation solutions for municipal and industrial applications. There are 25 engineers, technicians and IT specialists working at the Herbstein site, mainly taking care of public customers in the energy and water supply sectors.

In 1997, the current managing director Wilfried Narz founded the company in Herbstein. In the same year, construction began in the industrial park of the town of Herbstein, in order to continue to grow rapidly in the region. About ten years later, the company was already expanded. Since 2013, the company has been supported in the second generation by son Sebastian Narz. Until today, a lot has changed in the operational process: With the beginning of digitalization and the emerging energy transition, Narz Systems increasingly developed in the field of software development. Today, the company's expertise lies in the connection between IT and technology. "We offer cross-industry software solutions," says Sebastian Narz in an interview with OSTHESSEN|NEWS. The certification of the developed solutions ensures worldwide market access.

Completed switchgear for a gypsum board production line

Two-thirds of its customers are from the public sector. Narz Systems is responsible for providing electrical and information technology upgrades to water management and industrial plants - from installation to control system construction to software. "Nothing works today without control systems and software." In doing so, the company makes a point of manufacturing everything itself and doing without subcontractors as much as possible. "We would like to grow further in the project as well as in the license business and thus conquer other markets. Our platform is so flexible and adaptable that we by no means have to limit ourselves to the energy and water industries. Our application areas range from industry, geology, building automation and logistics to plant engineers, public utilities and municipalities." Already 80 percent of the municipalities in the Vogelsberg region use the technology of the family-owned company in Herbstein.

For this reason, too, the location in the Volcano Region is more attractive than ever for the company. The order situation in the region is good - and other factors also play a role: "We are close to home, most of our employees are from the Vogelsberg, they are proud of what we do here," says Wilfried Narz. Narz Systems also plays a leading role outside the region - orders come from all over Germany. Currently, the company is working on groundwater level measurement and analysis in Hamburg, among other projects. In addition, the company was the contact partner at the G7 summit at Schloss Elmau in Bavaria, concerning the public infrastructure with regard to water supply.

Assembly of a server cabinet for the control room

Over 1,000 projects have been completed by the company in its 22-year history. "No one wants to be left standing," Narz said. That's why the company wants to continue to counteract the shortage of skilled workers with its own training at the same time. Currently, six apprentices are completing their training at the family-owned company in Herbstein. This is an important building block for the future - because in the future Narz Systems would like to expand the software area more strongly. "We were able to win an authoritative player for our area as a partner," says the managing director. The company is also on a good path in the licensing business, he added. (Luisa Diegel) 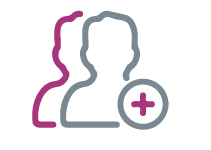